10 Days Cairo And Luxor, Aswan package, Explore the glorious history of the Ancient Egyptians while visiting the most famous attractions in Cairo such as the Giza Pyramids, Sphinx, and the Egyptian Museum then Increase your knowledge about the Ancient Egyptian Civilization and Experience in Luxor, then visit Aswan Historical sites and enjoy  Sharm El Sheikh Beaches   with Luna Travel Egypt . 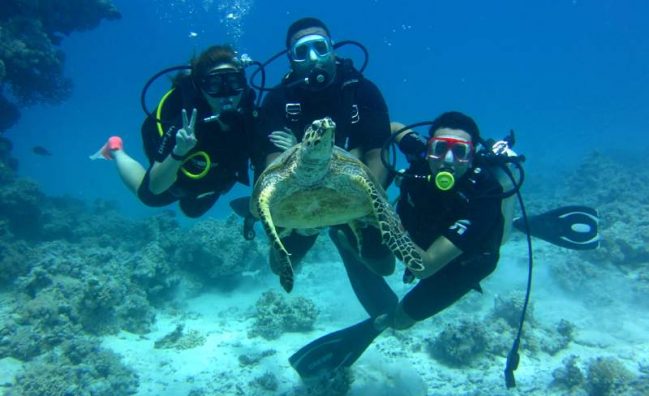 Meet & assist at Cairo International Airport where you will meet your tour manager. Transfer from airport to hotel by our modern, comfortable & private air conditioned vehicle. The tour manager will assist you at hotel & will confirm with you the pickup times for each tour before leaving. Overnight in Cairo.

Breakfast at hotel. Pick up by our representative & transfer to enjoy a tour to Giza Pyramids. Khufu's pyramid is the northernmost and largest of the three. In classical antiquity it was considered as one of the Seven Wonders of the World, and is the only one to have survived. Khephren's monument can be easily identified by the casing stones that still cling to its pointed top. The much smaller pyramid of Mycerinus had not been completed by the time of the king's death. Its intended granite revetment was only partially applied. The Great Sphinx is part of the funerary complex of Khephren. Its impressive leonine body with the royal head is sculpted in an outcrop of the native limestone. Part of the face, including the nose, has been deliberately damaged. The false beard has fallen off and is currently kept at the British Museum.
Wonderful tour to the Egyptian Museum of Antiquities near Tahrir Square in Cairo, which has the richest and most important collection of objects from Ancient Egypt in the world. The collection is constantly growing since the museum is the primary recipient of any finds made on the soil of Egypt. There you can contemplate the precious treasures of Tutankhamen, most famous king of the Ancient Egypt. The museum includes a Mummy Chamber with extra cost. Back to hotel. Overnight in Cairo

Breakfast at hotel. Transfer to Cairo airport to fly to Aswan. Meet & assist at Aswan airport by our representative & transfer to the Nile cruise boat. Embarkation. Lunch on board. Then, transfer for an amazing tour to the High Dam of Aswan, Egypt's modern example of construction on a monumental scale. The controversial Aswan High Dam contains 18 times the amount of material used in the Great Pyramid of Khufu and created Lake Nasser, the world's largest artificial lake.
Transfer to visit the Unfinished Obelisk which still lies in its granite bed in the quarry, left behind because of a severe flaw in the stone.
Enjoy a marvelous tour to the Temple of Isis on the island of Philae which was famous during the Greco-Roman period. There you can see, in front of the first pylon, two granite lions. On the walls of the temple of Philae were inscribed the latest hieroglyphic and demotic inscriptions. Back to the cruise boat. Dinner and overnight on board.
Meals: Breakfast, Lunch, Dinner

Breakfast on board. Enjoy a visit to the double temple of the Hellenistic period on the eastern bank, the Temple of Kom Ombo. This unique construction is an architectonic conflation of two temples in one building. Sail to Luxor. Dinner and overnight on board.
Lunch on board. Sail to Edfu.
Enjoy a visit to the Temple of the falcon god Horus at Edfu which is the best preserved example among the Greco-Roman temples of Egypt. It is also the repository of the most detailed legacy on matters of cult and temple function.
Meals: Breakfast, Lunch, Dinner

Breakfast on board. Then, transfer for an amazing tour to Luxor Temple, most important monument, and most sacred of sites. It was conceived as a remote southern annex to the temple of Karnak, at a distance of about 3 kilometres from it. Hence, it faces the Karnak Temple, and was connected to it by a long processional avenue, flanked by rows of sphinxes on either side. Many of those sphinxes have been unearthed and guard the entrance to the temple, but more still lie buried beneath the buildings of modern Luxor.

Enjoy a wonderful tour to Karnak Temple. Three temples of Ancient Egypt claimed supremacy over all the others: the Temple of Ptah at Memphis, the Temple of Re-Atum at Heliopolis and the Temple of Amon-Re at Karnak. However, only one has been spared the ravages of time to amaze the visitor even today, 4,000 years after its initial stage of building – the Temple of Karnak. The Temple of Amon-Re was the melting pot of religion and politics. Its monumental courts and halls witnessed the most critical events of Egyptian history. Dinner and overnight on board in Luxor.
Meals: Breakfast, Lunch, Dinner

Hatshepsut Temple - Colossi of Memnon:
Breakfast on board. Disembarkation. Magnificent visit to the Valley of the Kings, the most famous concentration of royal tombs in Ancient Egypt. Disappointed by the failure of the pyramids to protect their royal owners from robbery and desecration, the kings of the New Kingdom decided to adopt a more secure mode of burial. Instead of the pyramid, they opted for deep, rock-cut galleries and halls.
Enjoy a visit to Deir el-Bahari, Steep cliffs in the shape of a horseshoe form a natural background to two monumental buildings standing side by side, each belonging to a different period. The earlier one, on the left, was built by King Nebhepetre Mentuhotep (11th Dynasty), as a combined tomb and funerary monument. More than 500 years later, the female pharaoh Hatshepsut (18th Dynasty), whose tomb is situated in the Valley of the Kings, used the same site for the construction of her funerary temple.
Continue to the Colossi of Memnon. The first monument one encounters on a visit to the west bank of Luxor is the site of the funerary temple of Amenhotep III (18th Dynasty). The temple itself has all but completely disappeared, but the colossal twin statues of the king, which once stood proudly in front of the entrance to the temple, are still there to greet the visitor. Transfer to Luxor airport to travel to Sharm El Shiekh. Overnight in Sharm El Sheikh.

Breakfast on hotel, transfer to Sharm El Sheikh airport to fly back to Cairo. Meet & assist at Cairo airport by our representative & transfer to hotel. Overnight in Cairo.
Meals: Breakfast

Breakfast at hotel. Transfer to Cairo international airport to board your departure flight. End of our services
Meals: Breakfast 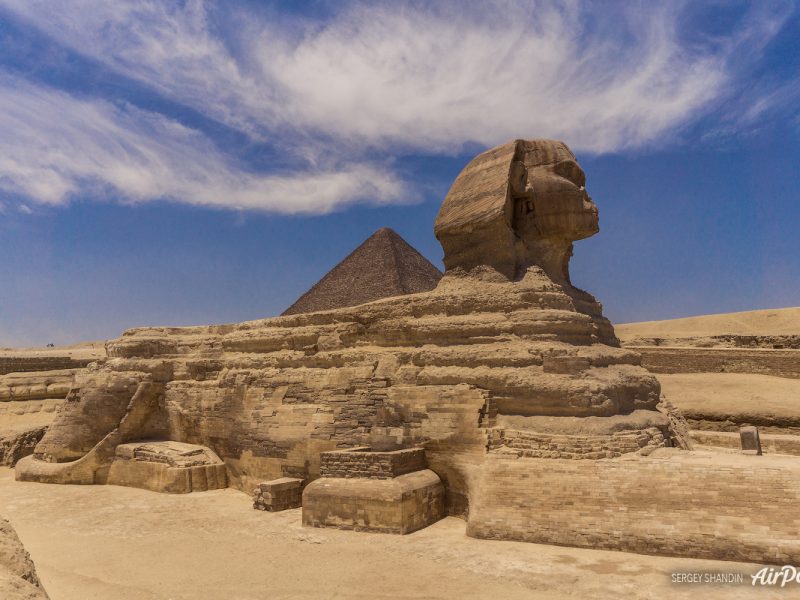 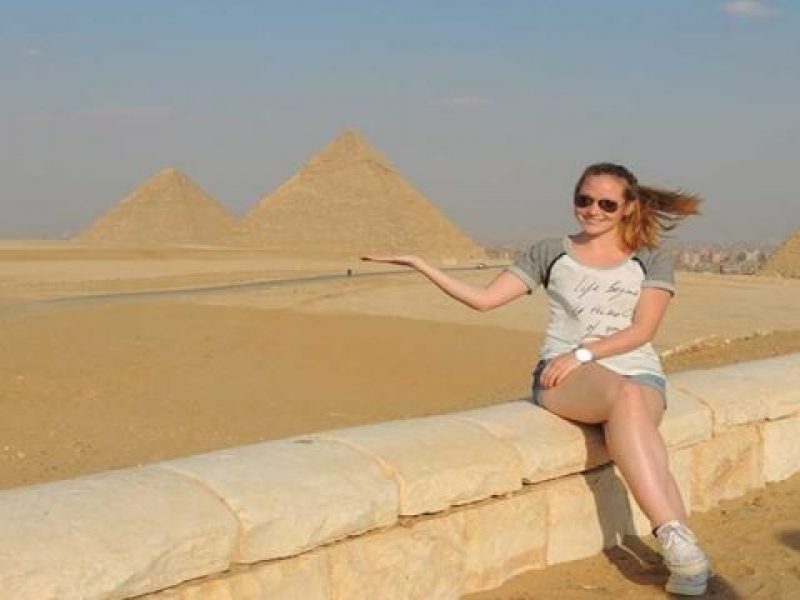 Are you planning a trip to Egypt? Discover our Cairo to Pyramids, Memphis, Dahshur and Saqqara Tour. United Guides Travel is pleased to offer a variety of Cairo Day Tours to Cairo Pyramids. Wander at the Pyramids of Giza, Sphinx. Visit the capital of the old kingdom Memphis City. Be amazed by Zoser Pyramid at […] 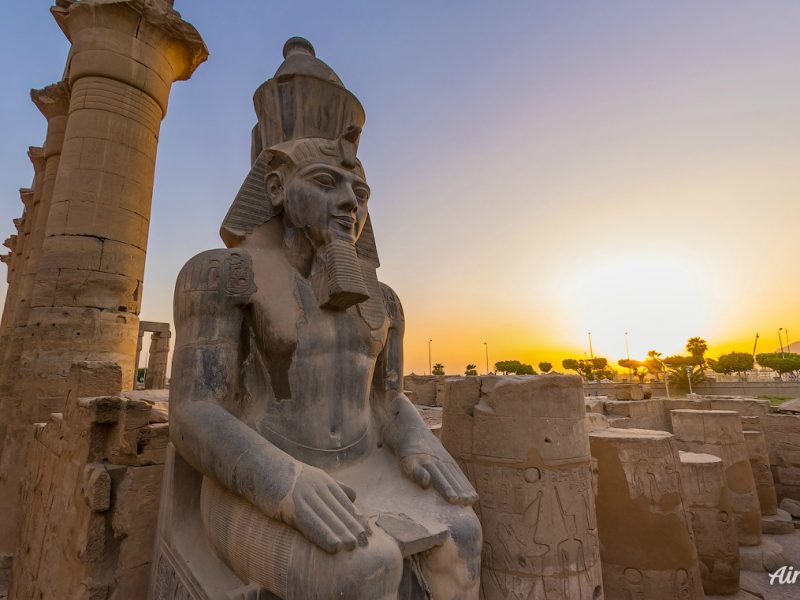 Day Tour to Luxor by Train – from Cairo

Late afternoon pick up from your hotel in Cairo and transfer to the train station to take the overnight train to Luxor. Overnight on the train. (1st class seater train, approximately 10 hours train ride) Your train will arrive to Luxor in the morning and you can enjoy a day of sightseeing in this historical […]