2 Day Trip to Luxor and Cairo From Port Said

Majestic 2 Days Trip to Cairo and Luxor from Port Said

Enjoy a private guided tour for 2 days trip to Luxor and Cairo from Port Said to visit the highlights on both cities Cairo and Luxor such as Giza Pyramids, the Sphinx, Karnak temples, Valley of the Kings, and much more, then return back to Port Said. Through our tour, you will have a good service, professional guides, luxury hotels, and well treated, so don’t miss the chance and book us now!!! 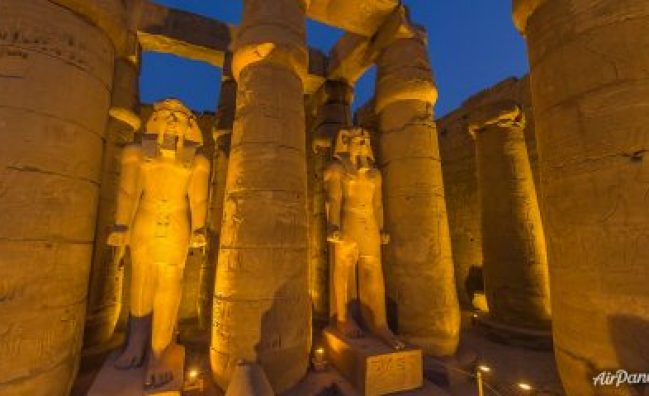 Our representative will pick you up from your Cruise at Port Said by a private air-conditioned car to Cairo airport to fly to Luxor and accompanied by your private tour guide to start your 2-day trips to Luxor and Cairo from Port Said.

Upon your arrival in Luxor, our tour guide will transfer you to start your first day by paying a visit to:

Valley of The Kings
Valley of the Kings is located on the east bank of the Nile River in Luxor, or “Thebes” as it was known in ancient Egypt. It’s the most important and famous cemetery for the rulers of the new kingdom in Egypt, which can accommodate dozens of royal tombs, they have discovered 63 tombs so far. Afterward, you will visit:

Hatshepsut Temple
Temple of Hatshepsut was one of the most beautiful queens and her rule was known for its peace and prosperity. the temple is located on the western bank of the city of Teba. The temple was built and designed by the architect Senmut in the 19th year of the reign of the Queen and he used good limestone in the construction of the temple. And now move to end your tour in Luxor West bank by visiting:

Colossi of Memnon
Colossi of Memnon was set up by architect Amenhotep bin Habu and Carved out of one piece of red sandstone. It’s15 meters high without the base and these statues were decorating the facade of the funerary temple.

It’s time for your lunch so, your tour guide will transfer you to have your lunch at a Nile view restaurant. Then, Move to Luxor east bank to enjoy visiting:

Temple of Karnak
Karnak temple is one of the largest temples in ancient Egypt and the largest of the world’s temples. It contains a large number of sacred architectural installations, which were added by Egypt’s Pharaohs and others from the Middle Egyptian era to the Ptolemaic period over 2,000 years.

After ending your first-day visits, your tour guide will transfer you to a 5* hotel in Luxor for an overnight stay. We’ve pre-picked the best hotels and the best services to make your stay as enjoyable as possible.

In the morning, our tour guide will pick you up from your hotel in Luxor then transfer to the airport of Luxo and catch your flight to Cairo. Upon arrival at Cairo, you will join your tour guide then visit:

The Great Sphinx
It The sphinx guards the three pyramids, it is a monster made from the rock of a human head and a lion’s body, We see that there is a vague view that no one could explain, looking at the ends of the desert. It is 18 meters high, a length of 57 meters and 5,000 years old. Then enjoy a guided tour to:

The Valley Temple
The walls of the valley temple were built with blocks of limestone and were covered with blocks of pink granite, while the floor of the temple was paved with marble. The temple has two entrances in its eastern facade

Enjoy your lunch as Nile view restaurant in Cairo. Finally, you will be escorted to visit:

The Egyptian Museum
The Egyptian Museum is one of the most important and famous museums in the world, It dates back to 1835, The museum is divided into several sections, which include various groups of the past ages, which consists of six sections.

Afterward, our representative will transfer you back to your cruise in Port Said by a private vehicle to end your trips to Luxor and Cairo from Port Said.

Note: There are more of amazing Port Said excursions you can do, take a quick look at them and contact us now.