Egypt’s largest oasis is also the closest to the Nile and Cairo. Lake Qarun was formed around 70,000 years ago when the Nile overflowed into the Fayoum Depression. Now canals that connect it to the river maintain the lake. The oasis has historically been the “garden of Egypt” and it still produces a large amount of fruit and vegetables today. The lake is also noted for its abundance of wildlife.

Huge numbers of migratory birds use the lake in the winter and fall, either stopping here or pausing on their way further south. It has been a historically favorite hunting ground for pharaohs and more modern nobility alike.

Visitors usually do not spend much time in Medinat Al-Fayoum (Fayoum City) and stick to the area around the lake, which consists of marshes and agricultural land. There are also several hotels here, including the Auberge du Lac, which was originally built as a hunting lodge for King Farouk, Egypt’s last king, but is now a luxury hotel. Lake Qarun is a great place to relax and take ride on a rowboat, which you can easily rent.

Fayoum also has a host of archaeological sites. Qasr Qarun is a Ptolemaic era temples on the western shore of the lake that was dedicated to Sobek, the crocodile god, whose offspring used to thrive in the oasis. Most of Fayoum’s archeological wealthy, however, comes from the Middle Kingdom, when the oasis was actually a center of political power in Egypt.

As a result, there are four groups of pyramids scattered in the desert around Fayoum. Most of these are in poor condition due to the generally inferior and less substantial building techniques used by Middle Kingdom pharaohs in building pyramids. The pyramids at Lahun, Lisht, and Hawara are in very poor shape—to the extent that some of them only resemble piles of rubble in a roughly pyramidal form, but the fourth pyramid at Meidum is more impressive, especially for its very unusual structure. 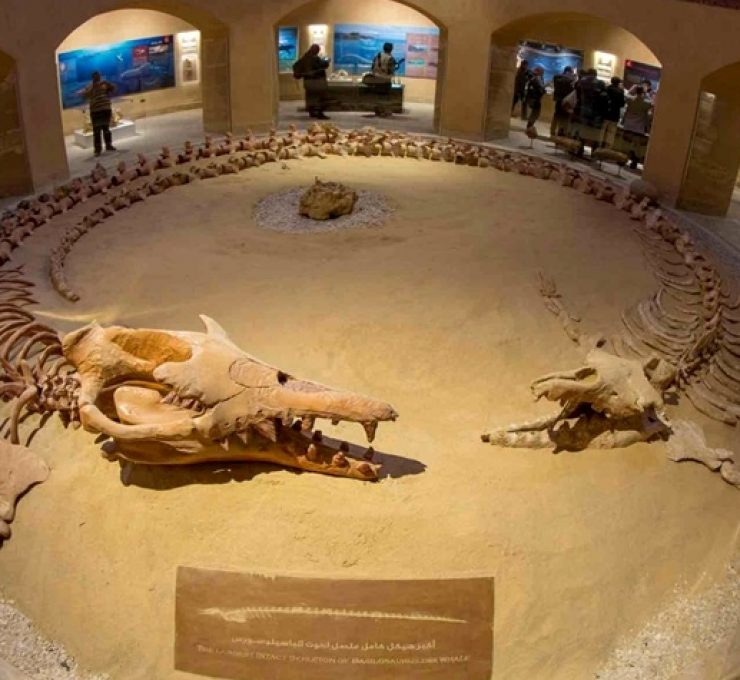